It was about survival

40 years ago, on 12 December 1979, NATO adopted the NATO Double-Track Decision. This was an extremely risky move in nuclear chess during the Cold War. Those responsible accepted the possible destruction of millions of people for the sake of supposed security. The extremely short warning times for medium-range missiles brought the Third World War dramatically closer, whether intentionally or accidentally. 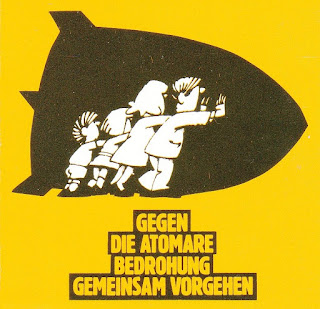 Conscious of the growing danger, a Peace Movement of unprecedented proportions was formed. I myself was involved in the planning and implementation of a whole series of protest actions. All my efforts were in vain. In the control centers of power reigned irrationality. At the end of 1983 the so-called NATO Retrofit began. The demon was out of the bottle.

The Peace Movement became weaker and the voters chose economy instead of life. Without the population suspecting it, a NATO Exercise in November 1983 caused the Soviets to suspect that it was an imminent first strike. The Warsaw Pact was determined to counterattack with missiles ready for firing and atomic bombers equipped. One spark was enough and most of the young people demonstrating for the climate today would never have been born.

Then reason prevailed. Whether the positive influence of Raisa Gorbacheva or the horoscope of Nancy Reagan contributed to this remains to be seen. There were successful disarmament negotiations and the INF Treaty. The "Teufelszeug", as Willy Brandt called the medium-range missiles, disappeared. That INF Treaty, however, is now obsolete again. Two gamblers from East and West are currently destroying all this.

In view of such a development, the question arises: Is a world without nuclear weapons even possible? It is a question of survival for mankind. Everything that is possible will happen some day. In a world full of weapons of mass destruction, nuclear war must inevitably come one day, because the existing arsenals of weapons make it possible. There will be more than enough reasons for it.

A safe way out seems to be the political unification of humanity in a democratic World Union. That is what we must strive for, and then a world without nuclear weapons will also become possible. It is about survival.