Solidarity must be more than humanity 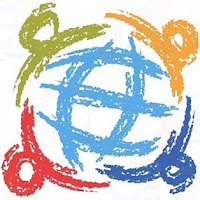 In 2005, the United Nations General Assembly, in Resolution 60/209, had identified solidarity as one of the fundamental and universal values that should underlie relations between peoples in the 21st century. In this context, it was decided to proclaim December 20 of each year the World Day of Solidarity. It is
UN Solidarity Day website

The importance of international solidarity is repeatedly stressed in political speeches. It is mainly about humanitarian aid, development cooperation and other charitable actions. Of course that is solidarity and it is a good thing. But that is not enough. Real solidarity must be more than that. It should aim for a stable system of global justice and balance, in which humanitarian aid is only needed in exceptional cases.

That would then also be an initiative in the above sense to eradicate poverty. It is not so much a matter of propagating a patent recipe for a better world. The subject is too complex for that. But humanity needs ideas to survive, even if they sound utopian. The implementation then depends on scientific experts and politics. This is a Affair of Mankind. So that people can have a say in this, we need the globalisation of democracy. That is why everyone who has not yet done so should, as a first step, sign the UNPA Campaign. Or does anyone have a better idea?