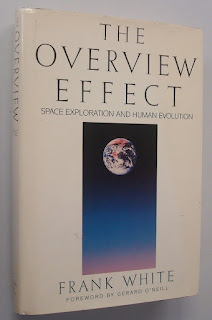 Astronauts reported an intense feeling when they saw the Earth from space. This impression, called the Overview Effect, led to a kind of expansion of consciousness in many people. The science author Frank White published his book "The Overview Effect" in 1987 (German edition 1989) - How the experience of space changes human perception, thinking and acting - The first interdisciplinary evaluation of 20 years of space travel.

"The first day or so we all pointed to our countries. The third or fourth day we were pointing to our continets. By the fifth day, we were aware of only one Earth."
Astronaut Sultan Bin Salman Bin Abdul-Aziz Al Saud, Discovery 1985

In view of the dangerous circumstances involved, one can understand this experience without having flown into space. On a smaller scale, one knows this from climbing high mountains. It is not uncommon for the mental horizon to broaden. Many a plasterer has come home with extraordinary ideas. It is no coincidence that there are "holy" mountains all over the world, in all cultures and religions. 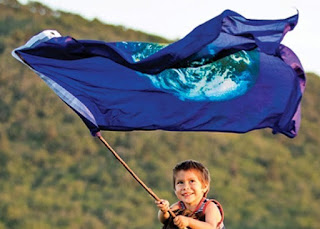 Even as a mere image, the sight of the earth in its entirety can be impressive. I had already mentioned this in my Appeal for the political Unity of Mankind: The reservation of utopia was always certain to me, but every look at a NASA photo of our planet strengthened in me the certainty of being committed to the right cause. The flag with the depicted Earth makes it immediately clear to everyone what it is all about.

According to an article in The Guardian, scientists will soon conduct a study to determine whether and how the Overview Effect can be artificially reproduced. This would, of course, be the dream of anyone concerned about the future of humanity: a rapid, comprehensive and sustainable formation of planetary consciousness in as many people as possible. However, one must be careful not to fall into the esoteric trap.


I think that when you train for planetary consciousness with scientific methods, you are on the safe side. Whatever the results of the announced study will bring, it is all a question of knowledge and education. In this respect, the inclusion of Big History in the curricula of our schools, with the future perspective of a Greater Earth, would be of great advantage.

See also the 2017 Declaration of Vision and Principles of the Overview Institute.

I wish all readers a good year 2020 and much planetary consciousness!