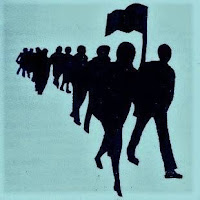 In the two years since the beginning of this campaign "Eight Billion Steps", I have unfortunately had the experience that there is little interest in a political unification of mankind among those people where one would expect it. Perhaps they are not yet ready, or it is simply because of the nature of the action. It hardly found favour with designated groups of world citizens.

Therefore I had specifically written to peace-makers, climate demonstrators, scouts, pilgrims and world wanderers and tried to win them over to the topic "Unity of Mankind". There was a little more approval, but very little feedback regarding the action itself.

Due to the restrictions on individual freedom of movement that have become unavoidable as a result of the COVID 19 pandemic, advertising for the campaign also makes no sense, except for an uncertain period. For these reasons, the "Eight Billion Steps" campaign will be terminated and archived. Perhaps it can be taken up again at a later date.
Update:
World Citizens' March to be continued.
Eingestellt von Mondialist um 12:56