Motivated by statements by renowned scientists who half a century ago warned of the consequences of unchecked industrialisation and man-made climate change, environmental activists first celebrated Earth Day in the USA in 1970. Since then, annual events on 22 April have been held worldwide on environmental policy issues. Due to the COVID 19 pandemic, they are cancelled this year.

In the 1970s, Earth Day was partly influenced by the Gaia Hypothesis, published and popularized by Lynn Margulis and James Lovelock. According to this hypothesis, the ecological system of our planet should function similar to a living being. This scientifically based hypothesis has been taken up, distorted and marketed by pseudo-scientists, charlatans and esoterics.

On Earth Day there were in some places fairs of the most impossible fantasies. For example, they tried to transform the earth into a higher dimension through mass meditation. This also led to such excesses that an esoteric from Bavaria announced that the tsunami catastrophe of December 2004, in which about 230,000 people died, had been a "purification process of Lady Gaia". Similar things are currently coming from the direction of self-proclaimed truthtellers who believe that the earth is fighting against overpopulation by means of viruses.
Such views are inspired by the personification of our planet as "Mother Earth". Even the UN General Assembly raised to operate from Evo Morales 2009 April 22 to "International Mother Earth Day". This is of course nonsense. The Earth is not a mother, but a planet. In spite of its complex biosphere, it shows no maternal qualities whatsoever, neither in a positive nor in a negative sense. The Earth is a very dangerous place. Devastating natural disasters - including pandemics - can occur at any time. The eruption of a single super-volcano, with its consequences for the global climate, would dwarf man-made climate change. The Earth is exposed to certain cosmic threats without protection. 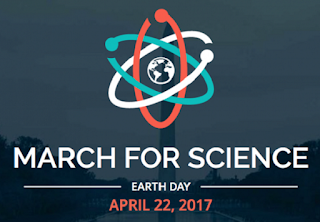 A "harmony with nature" longed for with astonishing naivety would mean the relapse of mankind into the helplessness of the Stone Age. Progress would have to be totally blocked. Who could seriously want that? On the contrary: humanity must overcome nature, dominate it and protect it. Precautions must be taken to minimize the effects of natural disasters and man-made mistakes. But this cannot be achieved by spiritual fantasies beyond the laws of nature. Only science and technology offer real opportunities. In 2017, a worldwide March for Science was held on Earth Day to counteract increasing hostility towards science and "alternative facts" in politics and society.

Unlimited growth is not possible on our limited planet. At some point the limit is reached. We're already very close. To meet it, humanity must unite. This would allow the economical use of dwindling resources and habitable habitat to be organized without devastating distribution battles. This would be conceivable with a system of global justice and solidarity. However, this cannot guarantee the survival of the human species in the distant future. The end of the world - the end of the earth - is ultimately inevitable.

There is a solution to this: humanity must colonize space. You can't imagine it like in science fiction movies. It's going to be a little different. First of all, the use of earthly space should be aimed at. This would extend the boundaries of the Earth. The vision is called "Greater Earth – big future". From a scientific point of view this is no longer science fiction, but rather engeneer fiction. All this would be feasible. However, the projects would then become so extensive that only a politically united humanity could realize them.

The human future would then be open and no longer bound to our planet. Nothing better could happen to the earth itself in this age.