Had the freemason of Babel at that time known what they were doing with their damned tower, the project would not have received permission. Thus with this ruin the foundation stone was laid for a special profession, that of interpreter. To this day the guild contributes to the fact that a uniform world communication language is considered superfluous. She herself has become indispensable, because without her service, secure international communication is now almost impossible.
As a result of the coronavirus pandemic, some of the interpreters previously employed by the European Union are now unemployed. There is no need at present and for the foreseeable future. But this could also be just the beginning of the extinction of this profession, because with artificial intelligence, translations of astonishing quality are already possible. It is only a matter of time before tireless language robots replace the interpreters behind the tinted panes of glass in the conference rooms.

But for communication between the citizens of the world a common language is of great benefit. You shouldn't leave that to robots either. There is no question that this position has long since been taken over by English. In the World Citizens Forum we discussed the possibility of Esperanto as a World Citizens Language (unfortunately only in German) and came to the conclusion that there is no way around English.

Nevertheless there are still enough reasons to critically question the dominance of English. Apart from the historical background, English is not a particularly melodious language, squeezed out of the throat of a Donald Trump it is even an imposition. But this is purely a matter of taste.

After the Brexite, English is receding into the second row in the European Union. Here are some languages that sound much better. However, they are also more difficult to learn. French, like some others, is negatively burdened by imperialism and colonial history. German is hardly popular, which is understandable.

This brings us back to the question of whether it wouldn't be better to choose a completely unencumbered, constructed planned language that is relatively easy to learn and also sounds good. A language that does not overlap or even displace the existing mother languages and does not claim to be a cultural language. In the 19th and 20th centuries a whole series of logically structured planned languages were invented. The best known and most widespread is Esperanto. 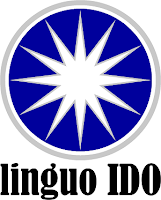 Now Esperanto has long since passed its zenith. The international Esperanto community is outdated, the new generation too few. Nevertheless the Esperantists are very active on the Internet. There is even an Esperanto Wikipedia. For written use on the Internet, the many special characters are disturbing. If Esperanto were to become a world citizen language with a growing number of speakers, it would have to be reformed. There has been a practical example of this for a long time, but unfortunately it is hardly noticed: IDO. In addition, the European Esperantists must now press ahead and once again offer Esperanto as the European language of communication. A global increase would then be quite possible again.