It is Time for Visions 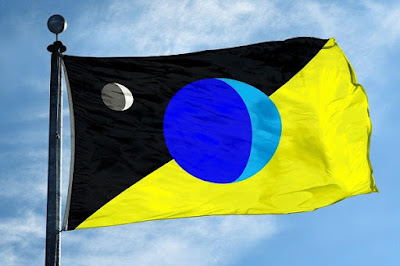 "Anyone who has visions should see a doctor."

The quote is attributed to former german chancellor Helmut Schmidt. However, the actual origin of this formula for radical unimaginative realism is disputed. It is often conjured out of a hat when looking beyond the horizon seems too tedious. This is common practice among most politicians. Their future prospects are correspondingly unimaginative.

More than 60 years ago, the journalist Friedrich Heer wrote an article for DIE ZEIT:

In our country it is difficult to take the risk of committing oneself to the future with a clear conscience and the best knowledge. We do not admit the rational concern that frown upon sensible planning. It is left up to enthusiasts, chiliasts, speculators, confused minds and political counterfeiters, as it appears to be highly suspect from a scientific, spiritual and religious point of view. The future is a matter of "providence", of the totally irrational.

Source: Zeit-Online "The Higher Forms of Dragon Fighting - Against a pessimism that wants to forbid us to believe in the future" (german) - page 4

Could this be the reason why the vast majority of those who are committed to peace, justice, and a better world in general, including our well-meaning politicians, show little foresight, show little courage for the future, and prefer to talk things through with far-fetched reservations?

But times change. The future is inevitably becoming more and more visible. The problems of the future that are to be expected and those that are already emerging are forcing us to develop visions of the future. We cannot continue to leave this to enthusiasts, chiliasts, speculators, confused minds and political counterfeiters.

For this we need politicians who, beyond their pragmatic daily politics, are prepared to set the right course for the future of humanity. And not only when they have completed their political mandate, but now, when they are actively at the levers of power. They must realize that there is no way around the political unification of mankind for a good future. Star Trek or Star Wars, it's up to them.

And it is also due to the many citizens who have recognized the signs of the times. Don't fall for the tales of mad conspiracy fanatics! Do not be influenced by political madmen! Do not believe in supernatural energies and hierarchies that do not exist! Do not be led astray by false prophets! Rely on your common sense and help to create the political conditions for a future of humanity in justice, peace, freedom and solidarity! This is our vision.

"It is not the task of the poet to tell what has really happened, but what could have happened, that is, what is possible according to probability or necessity."

"One must never stop imagining the world as it would be most rational."

"He who has no vision can neither fulfil great hopes nor accomplish great projects."