A World Federalist in Conspiracy Mania

The problem of the spread of conspiracy fantasies in the world citizen scene has been addressed several times here in this blog. Because yesterday was 11 September, I want to highlight a particular political counterfeiter: Dr Roger Kotila. He could be ignored, like so many other counterfeiters, if he were not the president of an association called "Democratic World Federalists" and vice president of the no less dubious "World Constitution and Parliament Association".

On his profile on Facebook, Kotila shares the cover of a relevant book about September 11. This obviously corresponds to his crude view of the events of that time, as we have seen elsewhere. He seems to be obsessed by an irrepressible hatred against Israel.

In an article on his website "Earth Federation News" on August 19, he accuses Israel of having attacked Lebanon with a rocket, thus causing the devastating explosion in the port of Beirut. This, of course, is marked with a question mark, as befits an accomplished conspiracy theorist. To this end, he tries "Veterans today", a rather nasty site for spreading fake news in the USA. Even Hezbollah denied such humbug shortly after the catastrophe.

Also on his Facebook page a picture comparing Benjamin Netanyahu with Adolf Hitler. Of course, one can criticise and condemn the current Israeli head of government for his policies, but such a comparison reveals a chimpanzee's understanding of history.

Then there is a picture with a disgusting mixture of conspiracy stories, from anti-inoculationists to anti-Jewish haters. Anyone who shares such a thing has a problem between their ears. He can stick his "Earth Constitution" somewhere else.

It should be obvious that someone like Dr Kotila cannot possibly contribute to a better understanding of World Federalism. On the contrary, he is an increasing burden on the reputation of the World Federalist Movement. I recommend all serious World Federalists to distance themselves from him, especially to say goodbye to his Facebook friends list.

On the occasion of this event, the Mondialists are hereby solemnly awarding Roger Kotila the Brown Wooden Board of the Month. 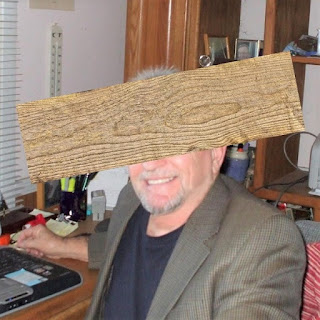 Continue in next article.