In a note in the One World Digest of October 20, there was talk of a "Three Seas Initiative" of Eastern European member states of the European Union. Without commenting on the political goals of the initiative, I have taken the liberty of picking up the symbolic way of naming it by the "three seas". Freely based on the motto "It's time for visions" a "Three Oceans Initiative" came to my mind.

This is not about the political perspectives of a limited region, but about global problems for which global solutions are urgently needed. For this we need the unification of mankind, preferably in a federal World Union.

Today is United Nations Day. The UN Charter came into force 75 years ago. On this anniversary there were many expectations and hopes, many promises were made. However, it does not look as if anything significant will change in this system in the foreseeable future. And the San Francisco Promise is still waiting to be fulfilled.

Just as the 12 states of the Three Seas Initiative want to shorten the EU administration, which is too reserved for their purposes, one could also imagine a Three Oceans Initiative within the UN. An initiative of nations on all three oceans of the world who are in favor of a reformed UN as we need it.

Since it is currently unlikely that the major powers or one of the leading industrialized countries will be interested, I would like to return to our contribution from December 2019: Start the World Union small. The first step would be to find states that would be suitable for it.

I would like to reiterate the mondialists' proposal for a Model World Federation. Unfortunately, the modest beginning of the project had run into sand. The world federalist groups I know of found no interest, so the matter was put on ice for the time being. Perhaps the plan is unrealistic. But there was no criticism either. Maybe I just approached the wrong people.

For such a project you need a serious organization that is able to develop a strategy and put it into action. Active groups of supporters must be built up in the countries in question, which reach the national political levels. This would of course also be an opportunity to give more attention to world federalism in general. 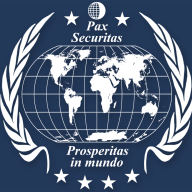 If it were possible to start a World Federation on a small scale, a beginning would be made and the World Federation would be a reality. In it World Citizens could be actual World Citizens who also possess a valid World Passport. There would be elections for a World Parliament and the World Union could give itself a World Constitution. Then the United Nations would have a strong Avantgarde, which would be able to eliminate the outdated structures for the benefit of all mankind and to create a binding, solidary world community.

Perhaps the World Federalist Movement – if it really exists – after the disillusions of this year and the hopefully soon abating Coronavirus Pandemic will find the will and the strength to start such a Three Oceans Initiative.