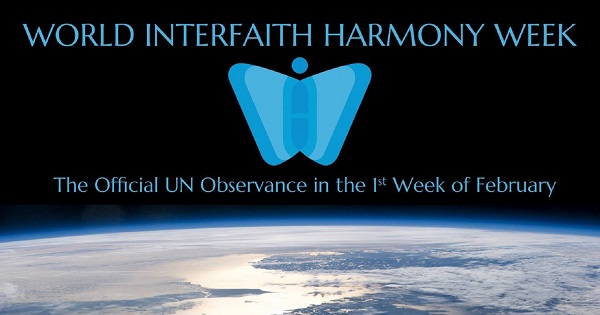 The world week is based on The Common Word initiative launched in 2007. It called on Muslim and Christian leaders to engage in dialogue based on two common basic religious commandments: Love of God and Love of Neighbour. The two commandments are at the heart of the three monotheistic world religions and therefore provide a solid theological foundation. World Interfaith Harmony Week expands the two commandments to include "Love of the Good, and Love of the Neighbour". This formula includes all people who are of good will. It includes those who belong to another faith or have no faith.

A platform is provided for one week a year where all interfaith groups and other groups of good will can show the world what a vibrant movement they are. The events organised by these groups allow people to get to know each other and strengthen the movement. It is hoped that all people of good will can see how the common values they hold far outweigh the differences they have, providing a strong impetus for peace and harmony in their communities. 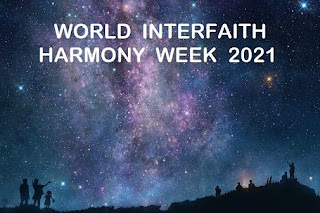 This year, for the first time, the Mondialists are participating in world week with an appeal to the faithful of all the world's religions. Under the motto "To offend God is impossible", the problem of blasphemy, which not infrequently leads to violent reactions, is addressed. The appeal was published at Change-org and can be supported by everyone. Short link to the appeal: