Will the next UN Secretary General be called Jesus?

That would be nothing unusual, because Jesus is a widespread first name, especially in Iberian and Latin American cultures, and also occurs in family names. But here a very specific Jesus is meant, namely that figure from Christian mythology who is revered by professing Christians as the Son of God. 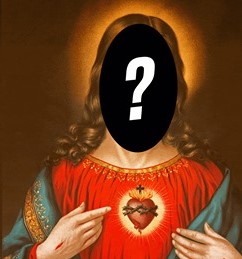 As read in the One World Digest of February 9, someone wants to start a World Government Movement with his website. He sees the UN General Assembly as the beginning of world government. However, the original version of the website, to which the reference in the OWD refers and in which Jesus was proclaimed as the future ruler of this world government, has been changed in the meantime. At the moment, the only place to read about it is in the affiliated forum. I'm curious to see how this still develops.

While here a world government on UN basis appears as positive, evangelical sectarians, who likewise puzzle their world view from Bible quotations, see in the United Nations a work of Satan. The Feb. 12 One World Digest refers to one such preacher who sees "One World Government" as a harbinger of apocalysis. And in a note today, One World Digest points out the extremely irrational excesses such ideas have now taken on in the United States. This is padded cell pure.

But even the apparently positive version of this Jesus story is not suitable to bring peace into the world. Here the own religion is exaggerated and a constructive dialogue and the formation of harmony between the religious world cultures is blocked from the beginning. For me such a nonsense is also again a confirmation for it, better not to use the many-sided misunderstood term "World Government" any more.